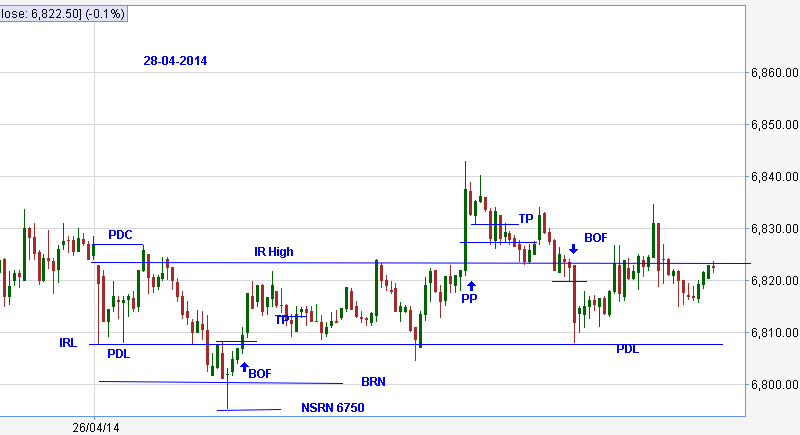 Nifty opened near PDC. First candle acted as IR. Skipped the BOF of IRH as there were three supports below . PDL/IRL, BRN and NSRN 6750. Long on BOF of BRN, PDL. Trade did not move scratched. Attempted two more trades. BO of IRH and BOF of IRH,PDC.These trades also failed. Scratched.
Posted by SMART Trader at 3:33 PM