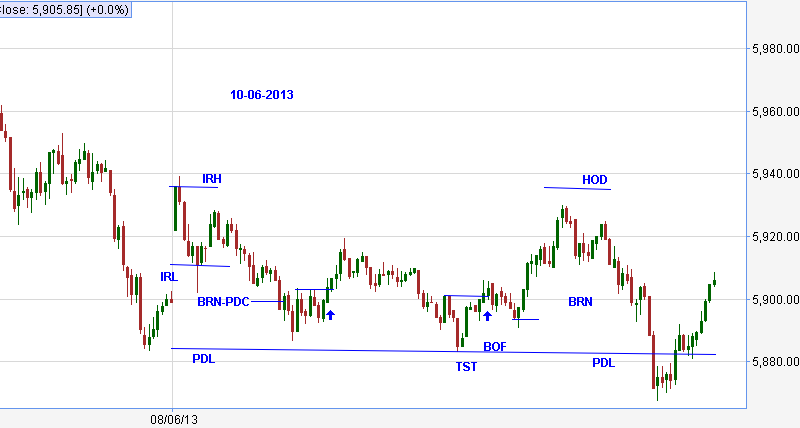 Nifty opened within previous day range.An Envelop formed overlapping the single bar IR. Did not go short on BPB of IRL as BRN/PDC and PDL was very close.Long on the BOF of BRN . Scratched the trade later as it did not move as expected.. Nifty again broke BRN and made a TST of PDL. Long again on the BOF of BRN. I expected this one to move. It moved after stopping me out for a point. Missed the down move as Nifty reversed before reaching HOD. Skipped the final BOF and break of  MC as it was too late.
Posted by SMART Trader at 5:51 PM