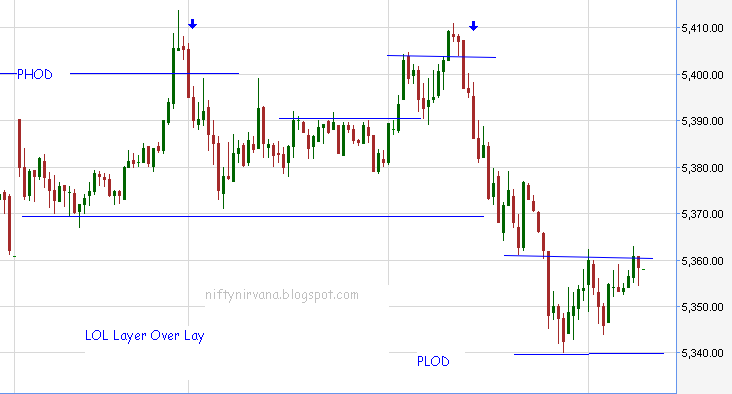 Nifty opened at 5390 within previous days range. Sentiment was neutral and expectation of the range move to continue till it breaks PLOD or PHOD.which did not happen during the day..Today also breakout failures provided two good opportunities.

Market found support at LOD after the first FBO.Then went up and traded just below 5390 for more than one hour. This created three levels of resistance. 5390 .BRN and daily time frame resistance 5400 and HOD..Once 5390 broke it trapped many traders at 5390 and 5400. When Nifty failed to go above HOD these new longs panicked and hurried to exit pulling down Nifty to PLOD.

Always watch out LOL  (Layer Over Layer S/R). It is money in the Bank.
Posted by SMART Trader at 8:59 PM