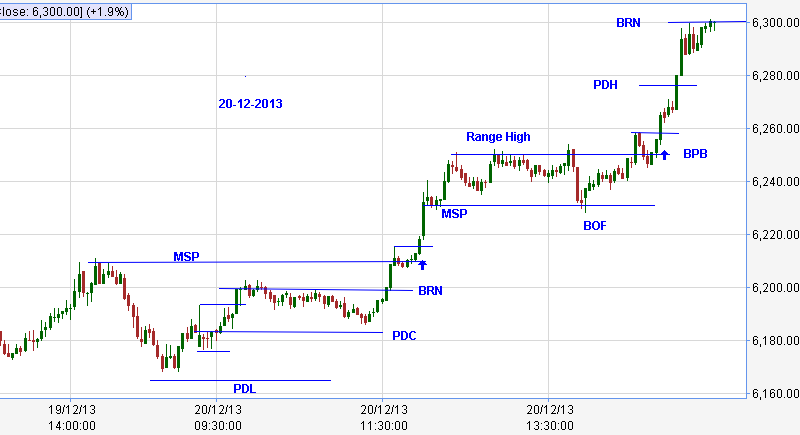 Nifty opened near PDC and refused to go below PDC.First candle acted as IR. Going long was not an option as there were BRN and MSP above. There was a BOF of BRN skipped it as it was counter bias and IRH,PDC,IRL,PDL as barriers below. Went long on the BPB of MSP.Covered around 6240. Nifty traded in a range for a while. BOF of range low ( MSP) was a long signal. Waited as there was no momentum. Finally went long on the BPB of range High.Captured the entire 40 point move and covered at BRN 6300.
Posted by SMART Trader at 3:42 PM