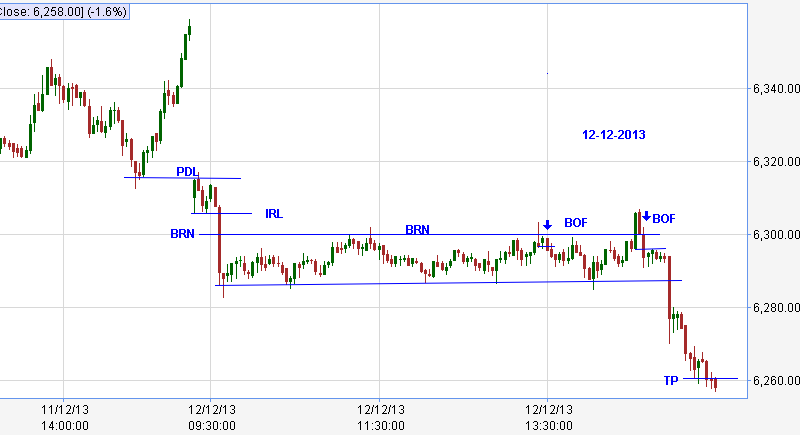 Nifty gaped down below PDL. IR formed. Did not short below the IR as BPB of PDL because of BRN 6300. I expected a range between PDL and BRN. Rest of the day Nifty was in a tight range of 13 points. Did not attempt the firsr BOF of BRN. Second one attempted and scratched.Thought of going long on the break of the Cigarette range high but did not due to IRL and PDL were  too close. Could capture the last BOF which gave good returns. .
Posted by SMART Trader at 3:38 PM