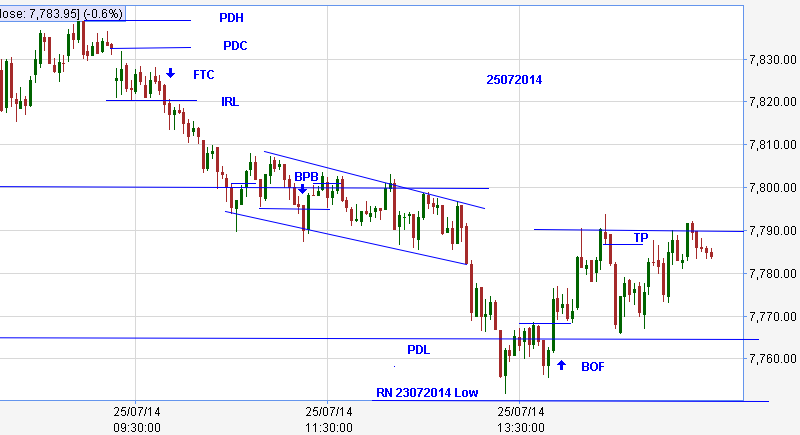 Nifty opened below PDC. IR formed. Short below IRL when three attempts of nifty to move up failed. TP On the BOF of BRN. Shorted again when two attempts to go above BRN failed.Price refused to move down. Suspected a BW and exited. For a while it was a channel move. Failed to capture the down move. Avoided short below PDL because of RN which gave strong support day before yesterday. Long on BOF of PDL. TP at the congestion area.. No other trades
Posted by SMART Trader at 3:42 PM