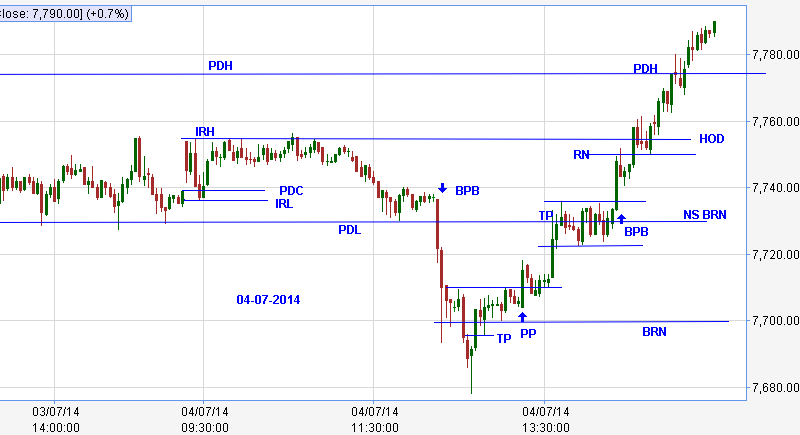 Nifty opened within previous day range . IR formed. Short on BPB of PDC/IRL on break of PDL. I thought it will run through the fluid below BRN. TP at BRN. Long on BOF of BRN which was a minor PP. As expected met the target PDL, which was also a powerful Flip. Long on BPB of PDL. Then it was just trailing through RN , HOD and PDH. Covered at 7780.
Posted by SMART Trader at 3:32 PM